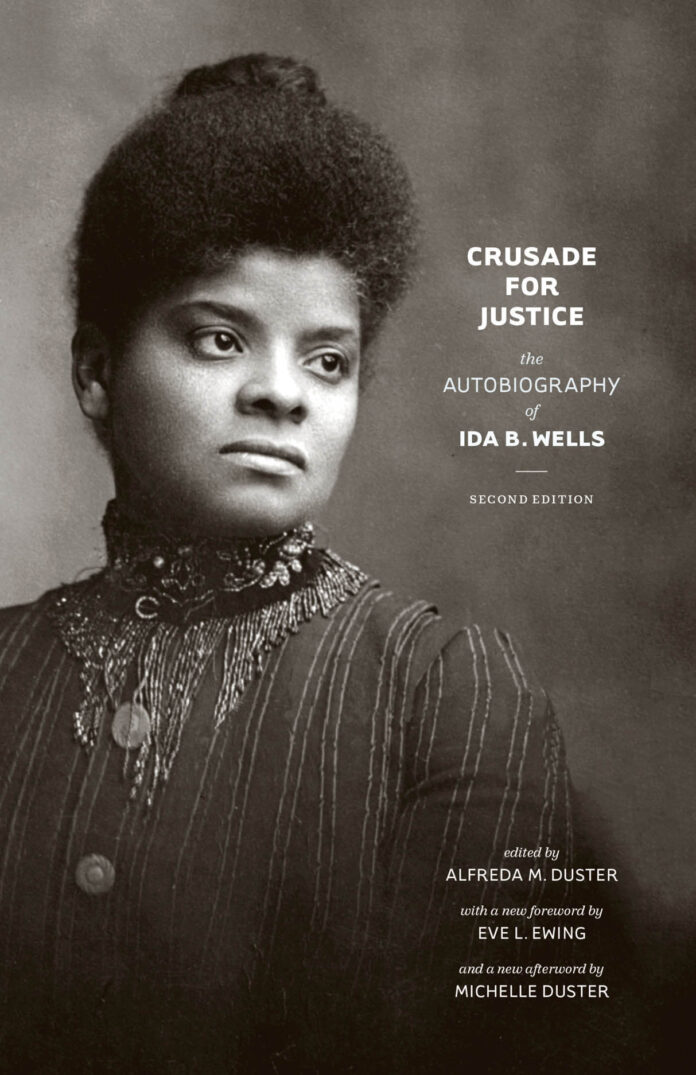 Nikole Hannah-Jones, a New York Times journalist and Howard University journalism professor, is the architect of the revised and expanded book version of “A New Orgin Story: The 1619 Project, published in late 2021.

Hannah-Jones often discusses the influence of 19th and early 20th century journalist, women’s rights organizer, anti-lynching campaigner and public speaker, Ida B. Wells-Barnett (1862-1931), on her initial interests and pursuit of a career as a writer focused on themes related to racial justice in the United States.

Many of the issues which Wells-Barnett was engaged in during her lifetime remain as key elements of the repressive apparatus of state power. Therefore, two chapters in the latest iteration of the 1619 Project examines the questions of self-defense and punishment as they relate to the continuing plight of African Americans living under national oppression and institutional racism in the 21st century.

The notion of self-defense in most cases in the U.S. is far different when it relates to African Americans and whites. Within the Bill of Rights of the U.S. Constitution, the Second Amendment has historically, and remains, a code word for the right to bear arms against perceived threats, real or imagined.

Whites, by and large, have been given carte blanche authority to carry and utilize arms to inflict punishment upon African Americans. During the period of enslavement from the 17th to the 19th centuries in North America, laws within both the British colonies and the later U.S. territory, provided a rationale for the use of maximum force against enslaved and free Africans who were considered a threat to the racist social order.

Severe beatings, sexual assault and outright murder were all allowed when the interests of white landowners and slave masters were thought to be under attack. There are numerous historical examples of African resistance to bondage in North America being routinely met by mass executions of purported suspects absence of any semblance of due process.

In fact, the infamous Dred Scott decision of 1857 articulated clearly the belief that African people were less than human beings. The laws which were enacted through the Constitution, said Supreme Court Justice Roger Taney, did not apply to people of African descent.
The Right to Self-Defense Did Not Apply to African People

The chapter entitled “Self-Defense” in the 1619 Project was authored by Emory University historian Carol Anderson. In emphasizing the racial character of the legal system originating during the colonial and antebellum period, it delineates clear lines between the right to self-defense for whites as opposed to people of African descent.

Anderson notes that, “Though it did not explicitly say so, the Second Amendment was motivated in large part by a need for the new federal government to assure white people in the South that they would be able to defend themselves against Black people. This was codified in a number of state laws in the antebellum period; these were supported by a series of court decisions, such as an 1843 case in Maryland that described free Black people as a ‘dangerous population’ that could not have access to guns even to defend their religious gatherings from attack. The 1846 Nunn decision by the Georgia Supreme Court ruled that a law curtailing the open carrying of guns for white people violated the Second Amendment’s ‘natural right of self-defense’ but kept in place an 1833 law banning free Black people from carrying any type of gun whatsoever.” (pp. 251-252)

After 1862 during the Civil War, when the Union was threatened with defeat by the armed forces of the Confederate State of America, African people were enlisted as soldiers into the military forces by then President Abraham Lincoln. Nearly 200,000 African men and some women participated in the fighting that defeated the Confederacy in 1865. Yet in the aftermath of the Civil War, efforts were undertaken to disarm the Black soldiers. In Memphis, a clash over disarming African American soldiers in 1866 led to the eruption of violent racist attacks against the Black communities which lasted for several days.

Although the freedom of African Americans was won in armed struggle and blood during the War, the social status of Black people remained an open question. Even Lincoln during previous years had advocated the forced immigration of Africans to other countries such as Haiti, an independent Black republic won in a twelve-year revolution against France, or in Liberia, where the American Colonization Society had aided in the relocation of emancipated Africans where an ostensibly independent state was formed in 1847.

After the assassination of Lincoln in April 1865, just days following the surrender of the Confederate army, presidential successor Andrew Johnson of Tennessee granted amnesty to many of the Confederate leaders. These same former slaveowners and treasonous soldiers against the U.S., retook positions in state governments where they enacted racially restrictive laws known as the Black Codes.

The failure of Reconstruction after the Compromise of 1876, can at least in part, be attributed to the disarming of African American soldiers and others who served in the war to defeat the insurrection by the slavocracy. With withdrawal of federal troops from the South in 1877, the remaining decades of the 19th century were characterized by the reimposition of a system of exploitation and oppression as severe if not worse than the colonial and antebellum periods of enslavement.

Punishment and the Continuation of National Oppression

The chapter in the 1619 Project on punishment was written by Bryan Stevenson, a lawyer, professor and founder of the Equal Justice Initiative (EJI) which works to defend people wrongfully convicted of crimes which result in long prison terms and capital punishment.

Stevenson points out that, “The Thirteenth Amendment is credited with ending slavery, but it stopped short of that. It made an exception for those convicted of crimes: ‘Neither slavery nor involuntary servitude, except as a punishment for crime whereof the party shall have been duly convicted, shall exist within the United States, or any place subject to their jurisdiction.’… The existing racial hierarchy was sustained by myths about Black criminality, which led many white people to insist that only the threat of extreme and brutal punishment could preserve order where Black people were concerned. After emancipation, Black people, once seen as less than fully human ‘slaves’, were now seen as less than fully human ‘criminals.’” (p. 279)

This same author emphasizes the growth in the prison population in the U.S. since the 1970s, when less than 350,000 people were incarcerated. Over the last forty years since the early 1980s, the number of people imprisoned has grown exponentially with 2.3 million locked up in prisons and jails. There is another 4.5 million under some form of judicial and law-enforcement supervision through probation, parole and other means.

Disproportionately those entrapped in the criminal justice system are African Americans and people of Latin American descent. Numerous federal and state laws require maximum sentencing for crimes which are often associated with poverty, drug addiction and mental illness. The death penalty is still utilized in some states where the victims of this cruel and unusual punishment are Black, Brown and impoverished.

Consequently, the system of law-enforcement and imprisonment serves the interest of the rulers within a racist capitalist society. Only the complete transformation of the U.S. system of governance can provide relief to entire groups of people seeking equal justice.

Ida B. Wells-Barnett: A Legacy Remembered

Born during the Civil War (1862) in Holly Springs, Mississippi as an enslaved person, Ida B. Wells-Barnett was educated as a teacher at what became known as Rust College and eventually settled in Memphis, Tennessee. She taught for several years in the Shelby County school system where she later became highly critical of the unequal distribution of resources solely based upon a racial hierarchy. Due to her outspoken advocacy for the rights of African Americans, she was removed as a teacher within the segregated school system.

Wells-Barnett intervened in numerous struggles including the fight for a national amendment guaranteeing the right to vote for women; the formation of the National Association for the Advancement of Colored People (NAACP) in 1909; and the effort to win justice for African American soldiers framed during World War I at Camp Logan in Texas for defending themselves against a white racist mob; among many other movements. (https://press.uchicago.edu/ucp/books/book/chicago/C/bo49856620.html)

Consequently, it is not surprising that her influence continues well into the 21st century. The 1619 Project led by Hannah-Jones is a tribute to the actual legacy of Wells-Barnett. A renewed interest in her contributions remains very much in evidence in 2022.

The right to self-defense, freedom from unjust punishment and the total liberation from racial capitalism guides the mass mobilizations against the police and vigilante executions of African Americans and other oppressed peoples. Understanding this important history serves to provide the ideological and political underpinning for the building of organizations that can ensure the eventual end to the system of economic exploitation and institutional racial oppression.

Abayomi Azikiwe is the editor of Pan-African News Wire , an international electronic press service designed to foster intelligent discussion on the affairs of African people throughout the continent and the world. The press agency was founded in January of 1998 and has published thousands of articles and dispatches in newspapers, magazines, journals, research reports, blogs and websites throughout the world. The PANW represents the only daily international news source on pan-african and global affairs.