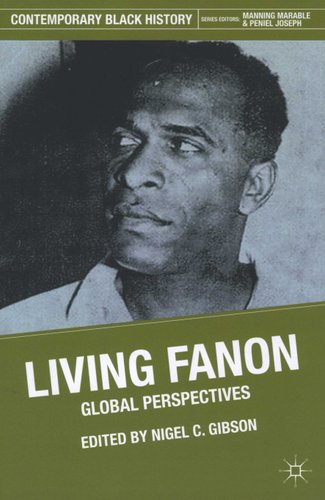 Frantz Fanon has influenced generations of activists and scholars. His life’s work continues to be debated and discussed around the world. This book is an event: an international, interdisciplinary collection of debates and interventions by leading scholars and intellectuals from Africa, Europe and the United States.

Nigel C. Gibson and the other contributors shed a truly original and comprehensive light on the works of Frantz Fanon. This book is extremely important for anyone wishing to understand the thinking and action of Fanon in its various aspects. With rigor and an impressive knowledge of man and his work, the contributors offer the reader a highly commendable synthesis of the thinking and the struggles of Frantz Fanon which is very topical.” – Mireille Fanon-Mendès-France, President, Foundation Frantz Fanon”In memory of Fanon, this collection of studies is the story of a subject in politics and imagination. It reclaims a passion and reinstates it in the full ambiguity of its message as both the saga of a militant and a lesson from a twentieth-century period. Fanon s chronicle sanctions an intellectual bridge between the practice of disciplines and that of alienated feelings in today s global world. This is a major statement in Fanon studies.
– V.Y. Mudimbe, Duke University

Nigel C. Gibson, who is arguably one of the leading Frantz Fanon scholars in the world, has assembled a volume that cogently and accessibly illustrates Fanon s continued relevance fifty years after his untimely death. With chapters that explore Fanon s contributions to psychology, philosophy, history, political science, critical pedagogy, critical race theory, feminist theory, and postcolonial theory, Living Fanon goes far to conceptually capture and resuscitate what remains truly distinctive about Fanon s critical theory and praxis – that is, its insurgent intersectionality and interdisciplinarity. In short, Living Fanon discursively demonstrates that – intellectually, politically, and spiritually speaking – even in death Fanon is still valiantly fighting on behalf of the wretched of the earth. Fanon Lives!
– Reiland Rabaka, author of Forms of Fanonism, Against Epistemic Apartheid, and Africana Critical Theory