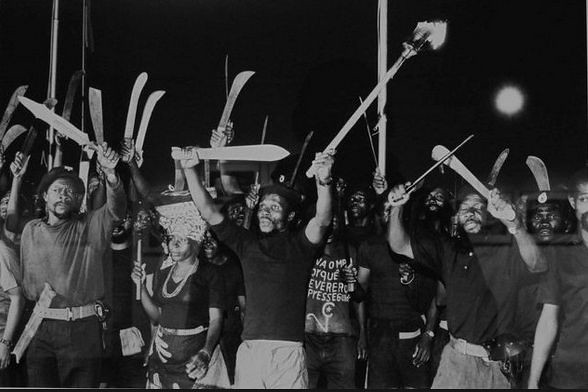 The physical and psychological scars, in people like Angolans and Mozambicans, are still evident.

Fifty-seven years ago, in 1961, a rebellion broke out in what was then one of Portugal’s African colonies, its most coveted jewel: Angola of diamonds, oil and uranium.

He explodes with such intensity that he takes even his rebels by surprise. Suppressed by a superficially friendly international public opinion (of the United Nations and especially of Brazil) the struggle makes its strategic withdrawal to the forest and acquires breath for its continuity.

The ambiguous and complacent positions of world diplomacy gave space for Portugal to maintain its uncompromising refusal to recognize and grant, through a peaceful process, the right of Angolans to their African Nationalism.

The Portuguese stepped on land that was then part of the Kongo Kingdom in 1483, making it their largest slave-trading region. But it was only later, between 1885-1930, that it consolidated the colonial invasion, which in 1951, in order to avoid inquiries by the United Nations of the terror that took place in its colonies, granted it the status of province from overseas.

In what was then the colony of Angola, there were many rebel organizations that, contrary to having or seeking to maintain a unity that strengthened the struggle, were varied in their compositions and objectives, as well as in ethnic and social differences.

Three of these groups can be said to be the most important, the Popular Liberation Movement of Angola (MPLA), the National Liberation Front of Angola (FNLA) and the National Union for the Total Independence of Angola (UNITA). We can say in a very simplified way that the MPLA was urban, ideological and multiracial, having its base between the mestizos and the African Mbundos-ethnicity of Luanda and the northwest provinces of the country; the FLNA was rural, less ideological and formed exclusively by the Bakongo ethnic group, representing a rural aristocracy of the old Kingdom of the Congo; and UNITA emerges from a split in the FLNA, of the Ovimbundu ethnic group, a majority in Central, West and South of Angola, of peasant origin in its totality, and educated by Protestant missions.

The rivalries between the groups will lead to a long civil war in post-independence. A rivalry that was not of ideological origins, but something deeper: a hatred implemented many centuries ago.

Faced with rivalries, the liberation struggle expanded geographically, giving signs that the Portuguese invasion and plunder of this territory was in the process of expiration. And all the oppressive effort to contain the rebellion only made more sparks spread that were pumping more fire where they fell. The fight symbolized a great fire of many foci. A struggle of very high human and material costs. And Portugal would have to give in sooner or later. Not being a rich nation, and extremely dependent on its colonies, how could it maintain the high financial cost of such a war? Even considering their stupidity and lack of vision, the Portuguese knew that there was no way to maintain a “Vietnam without end”.

And it was 43 years ago, on November 11, 1975, that the Angolan people, this conglomerate of peoples and groups, each with its histories and traditions, forcibly unified in a territory, that after the Portuguese invasion and domination was called Angola, through MPLA and its first president Agostinho Neto, who declared, after years of brutal war imposed by the Portuguese colonialists, his independence. What was colony became the People’s Republic of Angola. A socialist state, which established friendly relations with Cuba, the Soviet Union, and with its sister nation, the also socialist, the Mozambique of Samora Machel. The MPLA will govern and try to implement communism.

But the anti-human force in the world, the United States and South Africa apartheid, interfere in the process, financing the civil war, opposing UNITA above all to the MPLA. In addition to imposing on the Angolans 13 years of cruel and bloody independence war, the imperialist forces throw them into a 27-year civil war, equally cruel and bloody, ending in 2002.

Angola ends the war with its totally devastated infrastructure. The civil war alone left 500,000 deaths and 1 million people forcibly displaced into the interior of the country.

These are minimal numbers because the actual records are almost non-existent. Much that had been registered was under the custody of PIDE, the International and State Defense Police, an organ of extreme repression in the Portuguese colonies, which operated in partnership with the CIA which were behind the murders of Amílcar Cabral and Samora Machel and terrorized Africans who fought for their independence. And the real data would be hidden to preserve the international image of a generous and pleasant Portugal with its colonies, worth the Luso-tropicalism lie, elaborated by Gilberto Freyre.

The civil war was beyond an internal conflict. It became the scene of the Cold War dispute, with military assistance from the US and the USSR. A war in the periphery of the system, could be and was everything, less cold. It was the Cold War in its most brutal expression. And to this was added a context of war between the white racism of South Africa and Black Nationalism. Undoubtedly one of the longest and most destructive conflicts in the continent’s history.

The war in Angola had a major impact on other conflicts in neighboring countries: In Congo, in what is called the Second Congo War – an African world war with eight countries involved – and the Namibian War of Independence, which in turn would be the beginning of the fall of the South African apartheid that kept Namibia under its invasion and colonization, where Cuba played a very important role, especially in the Battle of Cuito Canavale, a small town of great strategic importance. It was a turning point in the war. It leads to the signing of the 1991 Peace Agreement and the 1992 elections.

Cuba, with its 50,000 soldiers, decides to support the war in Angola and helps bring the MPLA to victory.

The Peace Agreement of 1991, overthrows the Popular from the name of the brand new republic, which is now known as the Republic of Angola. Recalling that Mozambique at another time and by other means removes the Popular from its name, only being called Republic of Mozambique. They represent the dreams of socialist societies in Africa that are falling to the ground.

The tragedy of Angola strengthens and consolidates in this way in two betrayals that were articulated to play the newly Popular Republic in the bottom well. The first in 1975, when they set the civil war in the country, obstructing the socialist government of Agostinho Neto. The FNLA abandons the war, leaving power with the MPLA. But UNITA goes ahead with its violent, unscrupulous thirst for power, through Jonas Savimbi.

The second betrayal is in 1991/92 with the Peace Accord itself and the elections. UNITA did not accept the results of the elections that it lost and imposed the continuation of the war that will reach its peak of ferocity in 1998. Only with the assassination of Savimbi, in 2002, that ends the war of four decades, UNITA is finally defeated, becoming a politically skewed democratic party.

Agostinho Neto, died of cancer in 1979, and was replaced by José Eduardo dos Santos, an oil engineer trained in the USSR. At that point, the conflict in Vietnam ends and Angola becomes the stage of war between the United States and the Soviet Union, neither of them with any interest in Angola, only playing out their geopolitical rivalry.

The MPLA, in the early 1990s, takes the first steps towards multi-partyism, ceases to be a People’s Republic and abandons Marxist principles. And as the other liberation movements in Africa, the so-called revolutionaries, one by one are transmuted into neoliberal capitalists, reproducers of the imperialist ideologies of the great powers in their countries, at the expense of the happiness and life of their peoples.

Popular organizations such as MPLA, FRELIMO, ANC, PAIGC, fall into disloyalities and authoritarianism. This happens as they kill the bastions of the ideological and human integrity of their great leaders: Samora Machel, Amilcar Cabral, Cris Hani, Thomas Sankara.

The physical and psychological scars on people such as Angolans and Mozambicans who have had to wage long and bloody struggles for independence followed by even worse civil wars are still evident and justify all the fear still present. 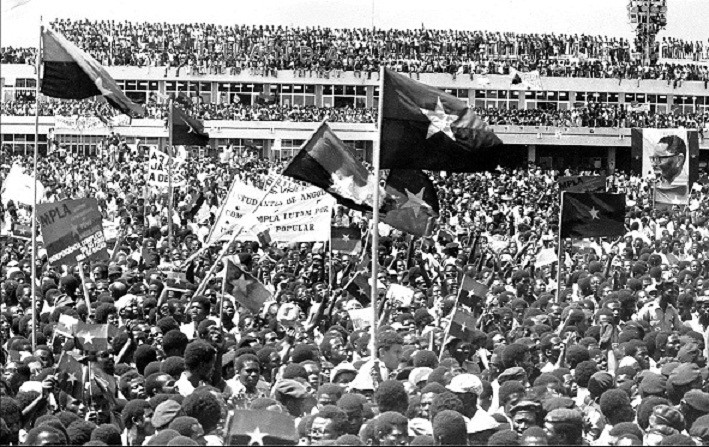 We have learned that there are ways and possibilities to develop a strong nationalist movement capable of overcoming hatred, grudges and discrimination between equals.

What remains for us as a legacy of the struggle of the Angolans? To think about the forms and possibilities of elaborating a strong nationalist movement, capable of overcoming the hatreds, grudges and discrimination between equals, among brothers, who for centuries were colonized; to discover catalytic forms that reconcile urban, rural, mestizos (a product of the slave trade and the abominable rapes of black Africans), the various tribal and peasant societies; find ways to combat tribalism, as Samora Machel said, and resgionalism, in order to build and maintain national unity.

But what lies behind words that seem to cry out for unity? When in speeches were shouted in Angola “One people, one nation”? Or in the case of Zambia whose official motto is “One Zambia, One Nation”?

True independence must be promoted in all its diversity and richness. Behind these words may be a belief in the impossibility of building a modern country that is capable of considering, respecting, and bringing into harmony the different nations that form it.

And wide open are the eyes, to ensure that we do not conquer “The Common Mother Earth.”

Augusto Juncal is a Landless activist, member of the MST’s Group of Studies on Ethnic Racial and Agrarian Issues and internationalist brigadier.