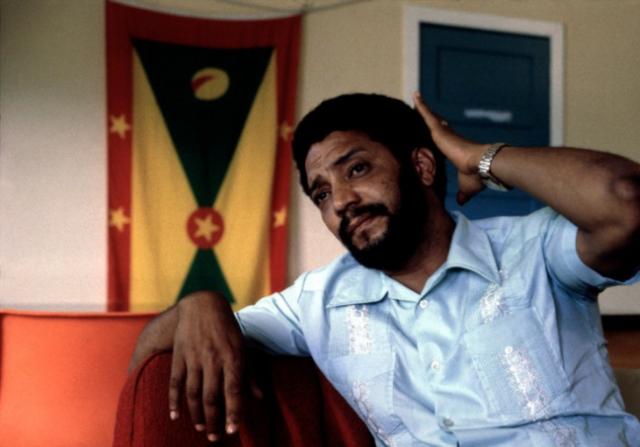 One often overlooked imperialist adventure was the 1983 U.S. invasion of the small Caribbean nation of Grenada.

The objective of the invasion was the consolidation of a pro-U.S. regime after the assassination of the charismatic Prime Minister Maurice Bishop.

Bishop came to power on Mar. 13, 1979, as the head of the New Jewel Movement, which staged a bloodless coup against the U.S.-friendly regime of Eric Gairy.

Bishop’s ability to connect with the Grenadian people has been favorably compared with Fidel Castro’s bond with the Cuban people or Hugo Chavez’s closeness to the Venezuelan masses.

Much like the modern day revolutionary processes in Latin America and the Caribbean, the revolutionary government in Grenada sought to build a society that favored the great majority of people.

The government built schools, led a massive literacy campaign, sought to develop the countryside and provided employment to the people. According to a 2013 article by Bill Bigelow, thanks to the efforts of the revolutionary government, in four years the unemployment rate dropped from 49 percent to 14 percent.

Don Rojas, press secretary for Prime Minister Bishop, explained the orientation of the revolutionary government in a 2004 interview with Democracy Now! in the following way:

“Maurice Bishop was attempting to empower the Grenadian people, a people who had a long history of slavery, followed by British colonialism, followed by independence in 1974. … Maurice Bishop’s vision for Grenada was of a small country standing tall and proud in the Caribbean region and in the world community. He was able to bring his message very successfully of a new way for Grenada and the Caribbean to the world, to the United Nations, to the non-aligned movement, et cetera, and received tremendous acclaim around the world at a time.”

Bishop was a firm internationalist and Grenada was perceived as a threat precisely because then U.S. President Ronald Reagan feared that other Caribbean countries would follow the country’s example.

“I think Washington fears that we could set an example for the rest of the region if our revolution succeeds. In the Caribbean region you’re talking about small countries with small populations and limited resources, countries that over the years have been classic examples of neo-capitalist dependencies. Now you have these new governments like Nicaragua and Grenada that are attempting a different experiment,” Bishop told the New Internationalist magazine in 1980.

As part of its internationalist and integrationist vision, the Bishop government also sought close ties with Fidel Castro’s revolutionary government in Cuba.

Bishop was a great admirer of Fidel Castro and held high praise for the Cuban revolution as an example for the region.

“Your revolution, comrades, has also provided the region and the world with a living legend in your great and indomitable leader, Fidel Castro. Fidel has taught us not only how to fight, but also how to work, how to build socialism, and how to lead our country in a spirit of humility, sincerity, commitment and firm revolutionary leadership,” said Bishop during a speech in Havana, Cuba in 1980.

The Cuban government sent hundreds of advisers and, as part of an effort to end Grenada’s isolation, helped build an airport on the island.

The U.S government jumped on this development project, with Reagan claiming it was actually an effort by the Soviet government to establish another foothold in the hemisphere, saying it formed part of an effort at “Soviet-Cuban militarization” and that the airport would serve as a “military bastion to export terror.”

This kind of demagoguery would later serve to help justify the U.S. invasion.

In October 1983, internal divisions within the New Jewel Movement led to a dramatic split and the detention and subsequent assassination of Bishop.

This internal chaos provided the pretext for the U.S. to order the invasion by approximately 7,600 soldiers, an overwhelming amount of troops for the tiny country.

The U.S. government intended to oust Bishop all along — they had in fact conducted a military exercise in August 1981 in Vieques, Puerto Rico, which was effectively a mock invasion of Grenada.

The disproportionately large invasion was deliberate, an effort to dissuade other revolutionary movements in the region from daring to attempt what Grenada had attempted. But to this day, Grenada’s short-lived revolutionary process is still remembered and honored.